These days a 55 Chevy is a collectible classic rarely a daily driver. When Harold Sanders turned 14, the summer before he could acquire his school driving permit in Iowa where he grew up, a 55 Chevy was a hand me down car from his older brother. He had bought it, tore it down and fixed it up by the time he was legal to drive it. Harold owned a few other old Chevys through high school and college.  He was driving a second 1955 Chevy two door post when he and his wife made to move to Kansas City around 1974. Being that they had no furniture and not much money, the car was let go, sold to fund the beginning of their new life together. Fast forward to 2015. Harold had always missed his old primer black 55. It was not fancy but it was his style of automobile. He decided that now was the time to find another one to take its place. After purchasing what looked like a solid car online, bringing it back from Kentucky, taking it apart and media blasting it, he discovered it was going to need a whole lot more work than he bargained for. HRE tackled the extremely in depth restoration including redoing a large amount of sheet metal, new drivetrain, and a sharp two tone paint job and custom interior! 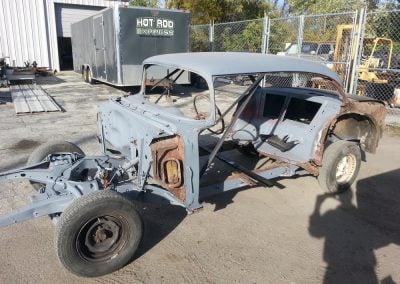 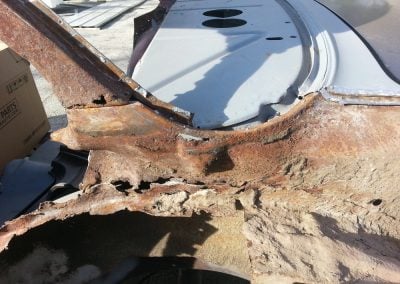 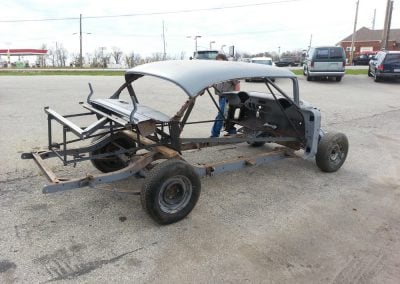 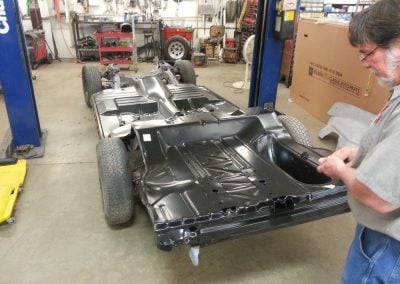 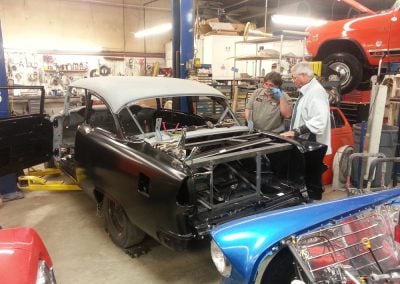 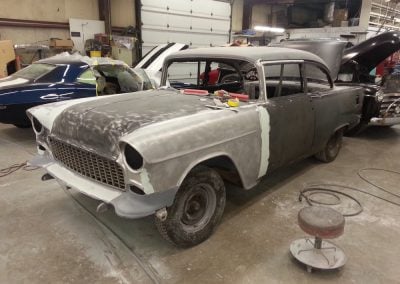 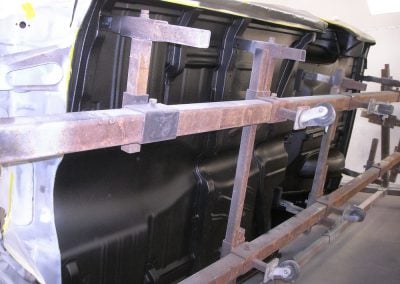 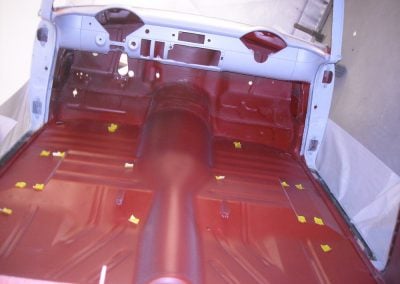 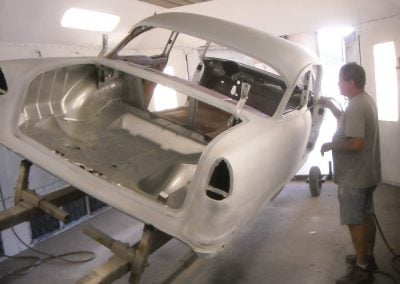 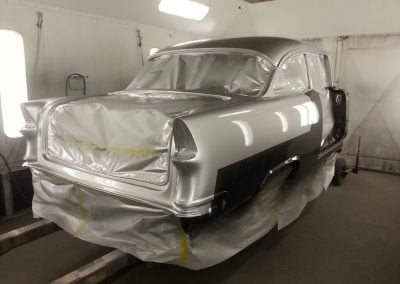 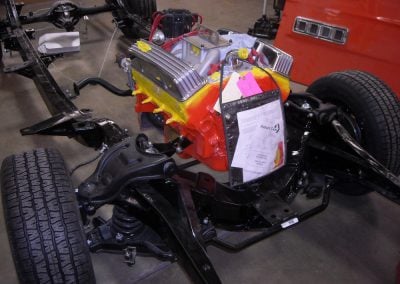 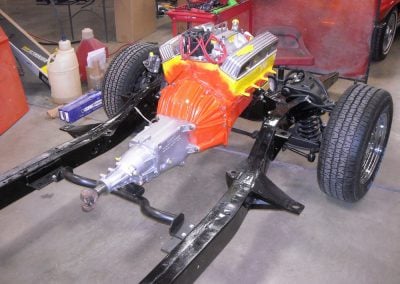 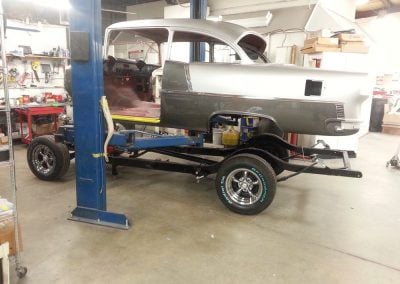 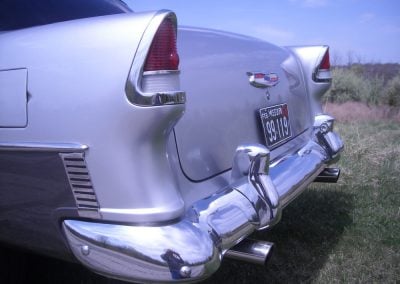 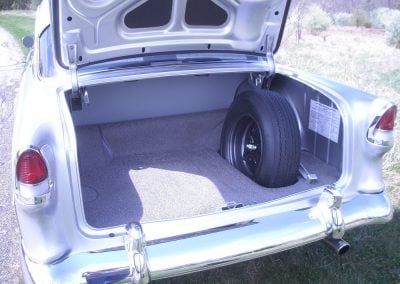 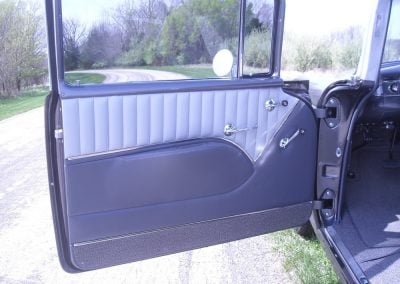 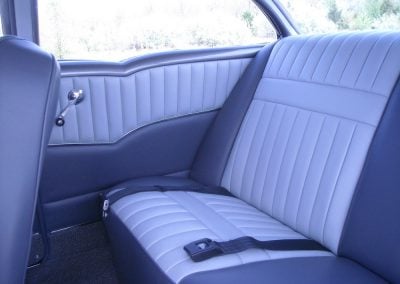 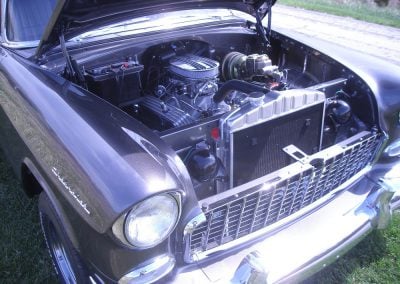 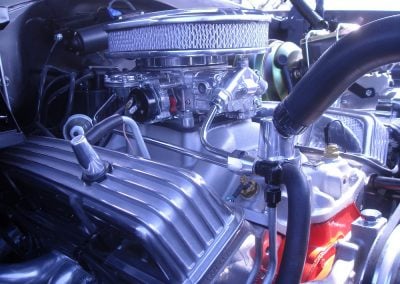 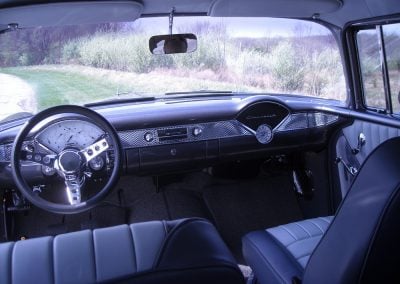 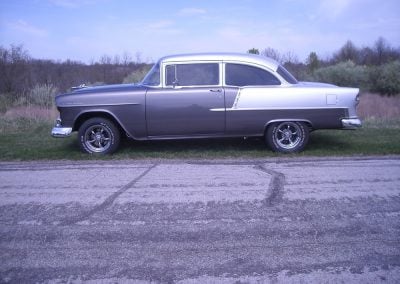 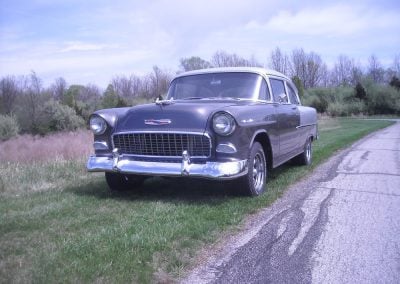 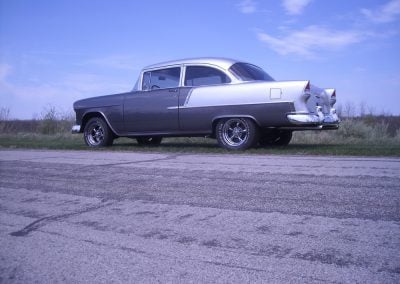 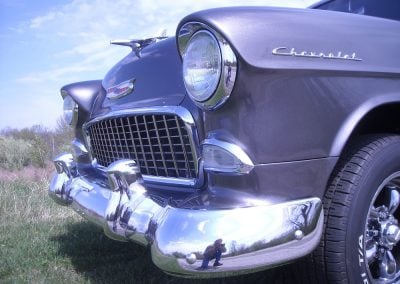 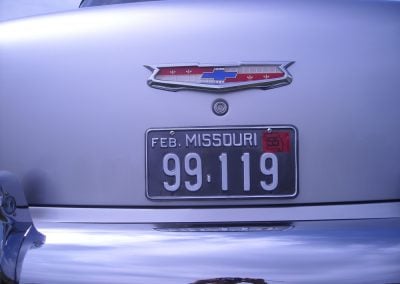